Yala National Park is the 2nd largest wildlife park in Sri Lanka and is characterized by a semi-arid climate, vast dry woodlands and open patches of grasslands. Guided safari tours by jeep through the park will be an unforgettable adventure, along with an odd chance of being charged at by a juvenile bull elephant! Besides, two large rivers flow through the park and are home to about 44 species of mammals, 125 species of birds, along with many reptiles and lagoon fauna species. For example, you can spot peafowls, monkeys chattering, elephants, elusive Sri Lankan leopards (Panthera pardus kotiya), especially at the end of the dry season as animals gather around water holes.

What is The Best Time to visit Yala National Park

The perfect time to see the arrival of migratory birds from central Asia and the Himalaya is from mid-October to late-December, during the Northeast Monsoon. The best time to see the Leopards is from February to June or July when the water level in the park is low.

The Yala National Park is located in the “dry zone” of Sri Lanka, the climate here is hot and occasionally humid. Average temperatures range between Min 20°C (68°F) and Max 33°C (91°F).

What Animals Can You Spot In Yala National Park?

Yala National park is home to wildlife such as leopards, elephants, and crocodiles, as well as hundreds of bird species. there are 300 specimens of Elephants that are estimated to live in the park but are more shy, although some regularly appear in the most visited areas. Other noteworthy animals are the sloth bear, with the unmistakable long and bristly fur, and the jackal, similar in appearance to the fox. In the park, there are also sambar, spotted deer, wild boar, buffalo, mongooses, monkeys, and surprisingly large crocodiles.

There are over 200 species of birds cataloged in the park, many of which come here to escape the harsh northern winters, such as the white tern, the curlew, and the pintail. Among the most numerous local species are the rooster bankiva, the hornbill, the hoot and the peacock. Although they are found in large numbers, sighting wild animals can be difficult due to the thick bush, but there are also small grassy clearings and many pools of water that instead offer good chances.

Did you know that
Sri Lanka’s is home to: 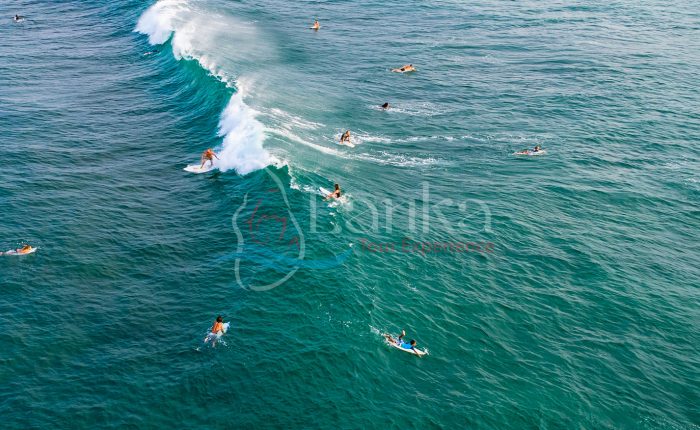 Sri Lanka will also be small, but it has several large animals, such as the Asian Elephants living inside and outside the borders of National parks.

When should I visit Yala?

The best time to Yala National Park is from February to June or July when the water level in the park is low.

What kind of weather can I expect in Yala?

Yala National Park is Situated in the dry zone of Sri Lanka the climate is hot and occasionally humid, and average temperatures range between Min 20°C / 68°F and Max 33°C / 91°F.

How Many Days Should I Spend at Yala?

Ideally, you should spend at least 2 nights in Yala to get the best, This would give you an opportunity to visit some of the less frequently visited sections of the park away from the normal tracks which we like to do.

How is it like on a general Safari Day?

Whisper at sightings, a loud human voice may disturb animals and cause them to charge their behavior and movements Be conscious of wrappers and other litter flying out of your vehicle Always keep children under strict supervision and never allowed to wonder away Never feed the animals and always keeps a safe distance from them