Climbing Adam’s Peak: Located in a picturesque area in the southern part of the Hill Country, this imposing peak has captured the collective imagination for centuries and has been a destination for pilgrim tours for over 1000 years. Various names know the mountain: Adam’s Peak (the peak of Adam, the place where Adam set foot on Earth after being expelled from the earthly paradise), Sri Pada (the sacred footprint left by the Buddha during the ascent) to heaven), and, more poetically, Samanalakande (the mountain of butterflies, where they go to die). Some believe that the large footprint. On the summit peak is that of St. Thomas, the first apostle of India, or even of the god Shiva. The pilgrimage season begins on the December day of poya and continues until the feast of Vesak, in May. During the pilgrimage, a steady stream of faithful (and some tourists) climbs up the many steps that lead to the top of the mountain. In the rest of the year, the temple on the summit is deserted and often shrouded in clouds. During the pilgrimage season (December to May), the path is illuminated by a series of lights that dot the mountainside, visible from miles away and similar to a way of stars that leads directly to heaven. In other periods it is instead necessary to bring a flashlight. We recommend wearing trekking shoes, if you own them, or at least a pair of good quality sneakers. It is advisable to wear warm clothing, and it is essential to bring a good supply of water.

If you do decide to climb Adam’s Peak during the day, the best time to start is around 10 am. We offer you a picnic lunch for you. If you get a rainy day, there will be leeches. Put salt on your shoes beforehand to keep the leeches away, and they don’t like it!

What is The Best Time to Climb The Adam’s Peak

The best time to trek Adam’s Peak to start the night trek is around 2.30am during the pilgrimage season and out of season. Depending on your physical condition, you’ll get to the top in 2-3 hours, just in time for the magnificent sunrise and traditional morning prayers.

Starting around 2 am. Almost all the rise takes place on steps (about 5200): calculating various breaks to rest, they take from two and a half hours to four hours. Starting at 2.30am, you should be able to reach the summit before dawn (the sun rises around 6.30am). However, if you go on a poya day (Poya is the name given to the Lunar monthly Buddhist holiday of Uposatha in Sri Lanka, where it is a civil and bank holiday. Full moon day is generally considered as the poya day in every month.) or weekend, the crowd of pilgrims could slow down the climb considerably. The climb is gradual for the first half-hour. We pass under an arch of entry and then next to the Japan – Sri Lanka Friendship Dagoba (“dagoba of friendship between Japan and Sri Lanka”). From this point, the path becomes increasingly steep until it becomes a continuous flight of steps. Along the entire climb there are tea houses where you can rest and refresh; in the pilgrimage season (from December to May) they remain open all night. Outside the pilgrimage season, however, only a few are free. To ensure an atmosphere of respect, the authorities have forbidden to throw rubbish, recorded music, and the consumption of cigarettes, alcohol, and meat.

Many pilgrims prefer to tackle the longest and most exhausting climb, but just as well lit and marked, which starts in Ratnapura and passes through Carney Estate because this route allows one to acquire more excellent spiritual merits.

Is forbidden to throw rubbish, to listen to recorded music, and the consumption of cigarettes, alcohol, and meat..

When the first light of dawn illuminates the sacred mountain, you can admire an extraordinary panorama, with the Hill Country to the east and the west the landscape that slopes down towards the coast. On bright days you can quickly see Colombo, which is 65 km away.
Adam’s Peak reserves its best moment in the minutes immediately following the dawn when the sun casts a perfect shadow of the mountain in the mist that descends towards the coast. As the sun rises, this mysterious triangular shadow quickly recedes towards the Peak to disappear at its base. The sun rises rapidly, and the heat immediately becomes excessive, there is no need to stop too long.

Many hikers find the descent of the climb more difficult. The endless number of steps can put a strain on even the most resistant knees, and if the shoes do not fit like a brush, even the toes will start to hurt. Trekking poles or even just a sturdy stick will facilitate the descent. Bring a hat, as the morning sun begins to warm up very soon.

What to pack
when climbing Adam’s Peak: 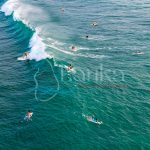 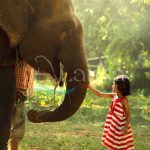 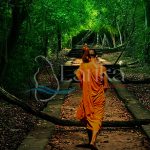 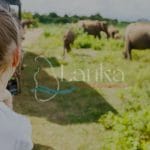 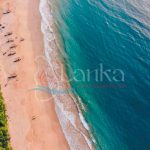 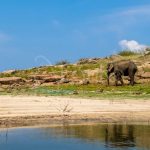 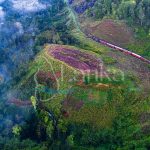 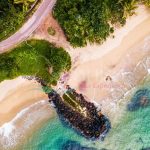 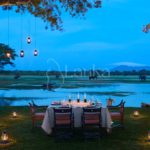 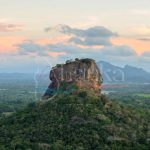 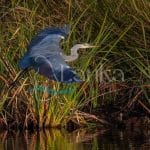 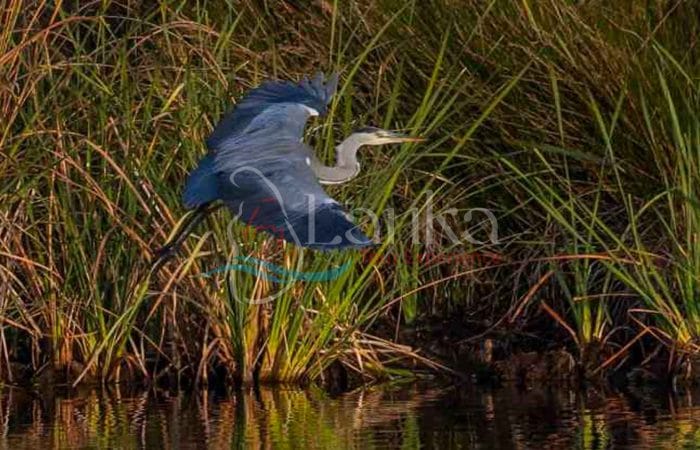 Sri Lanka will also be small, but it has several large animals, such as the Asian Elephants living inside and outside the borders of National parks.

The best time to climb is between January and May

How hard is it to climb Adam's Peak?

It’s definitely not easy. There are over 5,000 steps to climb (up and down)

Where is Adam's Peak located?

Is Adam’s Peak a good location to watch sunset?

Adam’s Peak is one of the best spots for watching the sunset.